Abortion is one of the most controversial and debated topics in society today. Unfortunately, it’s so polarizing that information and opinions about it are easily muddled with misinformation, resulting in misconceptions about abortion being widely held by members of the public.

It’s estimated that 42 million women around the world have an abortion each year – yet there’s still a lot of confusion and misunderstanding surrounding this contentious subject. Moreover, many common misconceptions persist – though they bear little resemblance to the truth.

In this article, we will bust some of the most common myths and misconceptions about abortion, delving into scientific facts to challenge cultural assumptions and further understanding of the topic. This can help provide clarity on what is true or false when it comes to abortions.

MYTH: Abortion is not safe. 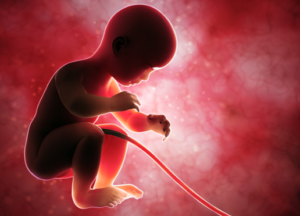 It is a fact that abortion is one of the safest medical procedures available. The risk of death associated with giving birth is fourteen times greater than with an abortion – and there are no reported long-term physical or mental health problems associated with having an abortion.

Abortions performed in the first trimester (the first 12 weeks of pregnancy) account for over 90% of all abortions performed. Only 1.3% of abortions occur after 21 weeks, and these are typically due to extenuating medical circumstances or fetal abnormalities that weren’t detected earlier in the pregnancy.

Some Women employ abortion as a birth control method.

MYTH: Abortions are only available to those who can afford them.

Women from all socioeconomic classes have abortions –access to services is often determined by income level and geography. While some states may require parental consent for minors, most states do not require insurance coverage for abortions or place waiting periods on them as a form of regulation. Furthermore, many organizations exist that provide financial assistance to those who cannot afford an abortion.

Most women do not experience regret after having an abortion. Research shows that 95% of women who have abortions feel relief afterwards. Furthermore, many women find the decision to have an abortion liberating and empowering  .As  it allows them to make decisions about their bodies and futures.

MYTH: Abortions are illegal in most countries.

Abortion is a dangerous procedure.

Whether or not abortion is moral is a personal choice and opinion, and should be respected as such.  While some people may view abortion as immoral .  It  is important to recognize that many women feel that having an abortion was the right decision for them. Furthermore, it is important to remember that women have a right to make decisions about their bodies . This  including the decision to have an abortion.

Numerous studies have found no link between having an abortion and developing breast cancer. According to the American Cancer Society, there is no scientific evidence that suggests terminating a pregnancy increases the risk of developing cancer.

The bottom line is that abortion is a safe and legal medical procedure, and it should not be stigmatized. Women have the right to make decisions about their bodies, and it is important to respect those decisions regardless of personal beliefs or opinions. Furthermore, research has shown that most women do not experience regret after having an abortion – with 95% of women feeling relief instead. Finally, abortion does not increase the risk of developing breast cancer or cause long-term psychological harm.